Updates to Richard Bruce's profile since your last visit are highlighted in yellow. 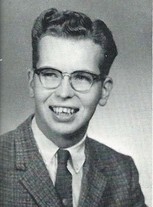 The space provided is way too small to write what I have been doing since I graduated. I earned a BS in Education from the University of Maine in Orono, Maine. I was a VISTA volunteer in Arkansas from 1968 to 1970. I was a Job Corps counselor ins Edison, NJ in 1973. In the 70's I worked at Castro Convertibles in Newington Mall, NH. I then became asst. Mgr at Kay Bee Toy & Hobby Shorp in Newinton, then moved to Bangor, ME, to become the mgr of the new Kay Bee store there. In 1983 I moved to Gaithersburg, MD, to take over a Kay BEE store there. I left that store in 1986 and moved to Takoma Park, MD. I worked as Mgr. of a natural foods store near there. I then worked as a high school teacher in northern Washington, DC, teaching math and coaching soccer, basketball and softball. I entered acupuncture school in1990 in Columbia, MD. I left there in 1994. I then tutored various subjects and worked at a record store in Washington, DC. In 1997 I moved to Spring Grove, Md, and worked at Sonnewald Natural Foods store until 9/12/12, when I retired. Currently, I perform with a group known as Readers Theatre in which we entertain with mostly old radio shows, Who's on First, etc., at senior centers, nursing homes, women's clubs, and other groups.
Today is the last day of 2019. Here is a brief update: I'm still performing with my Reader's Theatre Troupe in York, PA. I schedule shows, do formats and cast shows, perform as the MC and also act. We perform for nothing, but we ask for a donation that goes to a local theatre, The Belmont. We've been performing for seven years. 2020 will be our eighth year. Our show are all comedy sketches.
I'm a member of the state-wide group Put People First! PA. Check out our website. We work to help poor people get better healthcare and insurance.
2019 was the ninth year of my church(Unitarian, Universalist Congregation of York, community garden. I'm in charge. Our purpose is to grow organic fruits and vegetables that we deliver in season to St. Paul's Lutheran Church across the street from us. The produce goes to St. Paul's Food Pantry for the Needy every Tuesday morning. This year we grew over 1660 lbs of produce.

I was in College Prep, an honors student, played baseball. My favorite teachers at Traip were Mr. McFeeley, Mr. Rodis and Mrs. Wentworth.

Have a Happy Birthday, Diane! I hope all is well with you and your family.

Hi, Lynnette, I hope you have a great time on you upcoming birthday!!!

Hi, Barbara, I hope you have a very happy birthday, today!

Richard, I hope you have a very happy birthday today!

Roberta, may you have a happy birthday soon and you and Wayne enjoy the holiday season. Best wishes, Rich

Happy Birthday, Jay! The number of your birthday reminds me of the famous TV show "77 Sunset Strip. Enjoy the day!

Lynette, have a great birthday and a great rest of this year!

Happy Birthday, Richard! You and Barbara Bickmore are both exactly two months older than I am. Enjoy today and the year to come.

Happy Birthday, Barbara! You are still exactly two months older than I am! Have a great day and the coming year.